Tairāwhiti Museum and Gisborne District Council have just begun the first phase of an exciting new project for Gisborne, the heritage restoration of Wyllie Cottage.

Wyllie Cottage, built in 1872, was the first European building on the Taruheru side of the river.  The cottage is named for its first owners Kate (née Halbert) and James Ralston Wyllie.

Today, Wyllie Cottage is Gisborne’s oldest surviving European house, and due primarily to age-related deterioration, requires major repair and redecoration to ensure its survival and continued use as a public museum.

The project has two parts; the first is the restoration of the building itself and the second is the redevelopment of interior displays and interpretation.

A Conservation Plan, written by Conservation Building Surveyor Tracey Hartley of Salmond Reed Architects, has been developed to guide the restoration of the building. The aim is to address both long-standing defects, and reinstate a historically accurate decorative scheme both internally and externally, with the overall effect of enhancing the heritage significance and understanding of the cottage as it was in 1886.

Tairawhiti Museum’s role will be to tell the stories of the cottage and its inhabitants over the span of its life, from 1872 until today.  While the cottage is a small building, it is a remarkable survivor and has a big story to tell.  We are fortunate to have a tangible piece of our heritage through which to explore Gisborne as it was, and to evoke something of the lives of people who lived here before us.

While we do have to close the cottage to the public while this work takes place, we’ll be using this blog to share some of the fascinating stories of the cottage and its inhabitants, and to document the transformation over the coming months.

Please feel free to share any stories about Wyllie Cottage, and ask us any questions you have.

Gisborne District Council and Tairāwhiti Museum are grateful to the Lottery Grants Board and Eastland Community Trust for their generous support of this project. 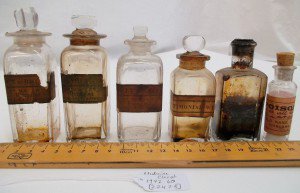