The second phase of work on Wyllie Cottage has now begun.  Tairāwhiti Museum staff completed the removal of all the objects from the cottage earlier this month, and the building has now been handed over to project contractors Bothwell Construction, to begin work on the restoration of the cottage proper.

Spending much more time than usual in the cottage over the summer months, we’ve really had a feel for what it might’ve been like to live in this house – with stifling temperatures in the attic rooms on hot days, low beams to watch out for, and the challenge of being up and down that narrow staircase, particularly when manoeuvring large pieces of furniture!

The cottage has quite a different feel now it’s empty of objects: being able to go inside all the rooms, peer through the windows, and see the construction details of the cottage up close has been fascinating and has also made us realise the extent to which this restoration project is critical to the building’s survival.

One of Bothwells first tasks has been removing overgrown hedging from around the house and shingles from the cottage verandah so that the site can be securely cordoned off.

The Conservation Plan completed by Tracey Hartley, of Salmond Reed Architects identified that one of the most significant issues affecting Wyllie Cottage has been timber decay and water penetration at the junction of the roof of the verandah and the front elevation.  This was primarily caused by a re-design and re-build of the verandah during the 1970-72 restoration work.  The shingles were added at this date (although they were never a feature of the verandah on the Stout Street site), and were placed at too shallow a pitch to allow water to run off. They soon became damaged, split and rotten, damaging the supporting timber structure and allowing water to penetrate the front elevation of the building.  The shingles were again replaced when the roof was repaired in 2000, but in the time since then they have again degraded considerably.

The removal of the roof covering on the verandah and the replacement of the rot affected timbers provides the opportunity to reinstate the historically accurate concave verandah roof structure with a corrugated iron roof as the cottage had prior to the 1972, and for which we are fortunate to have plenty of photographic evidence. 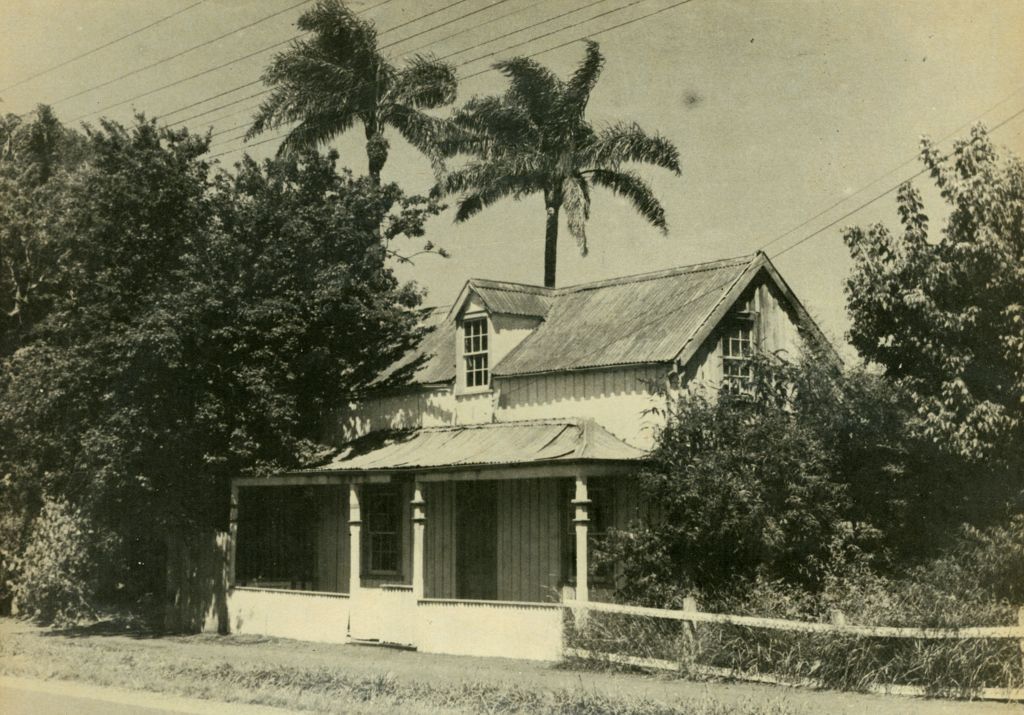 With the shingles removed, scaffolding and fencing has now been placed around the site, ready for the next phase of work to begin. 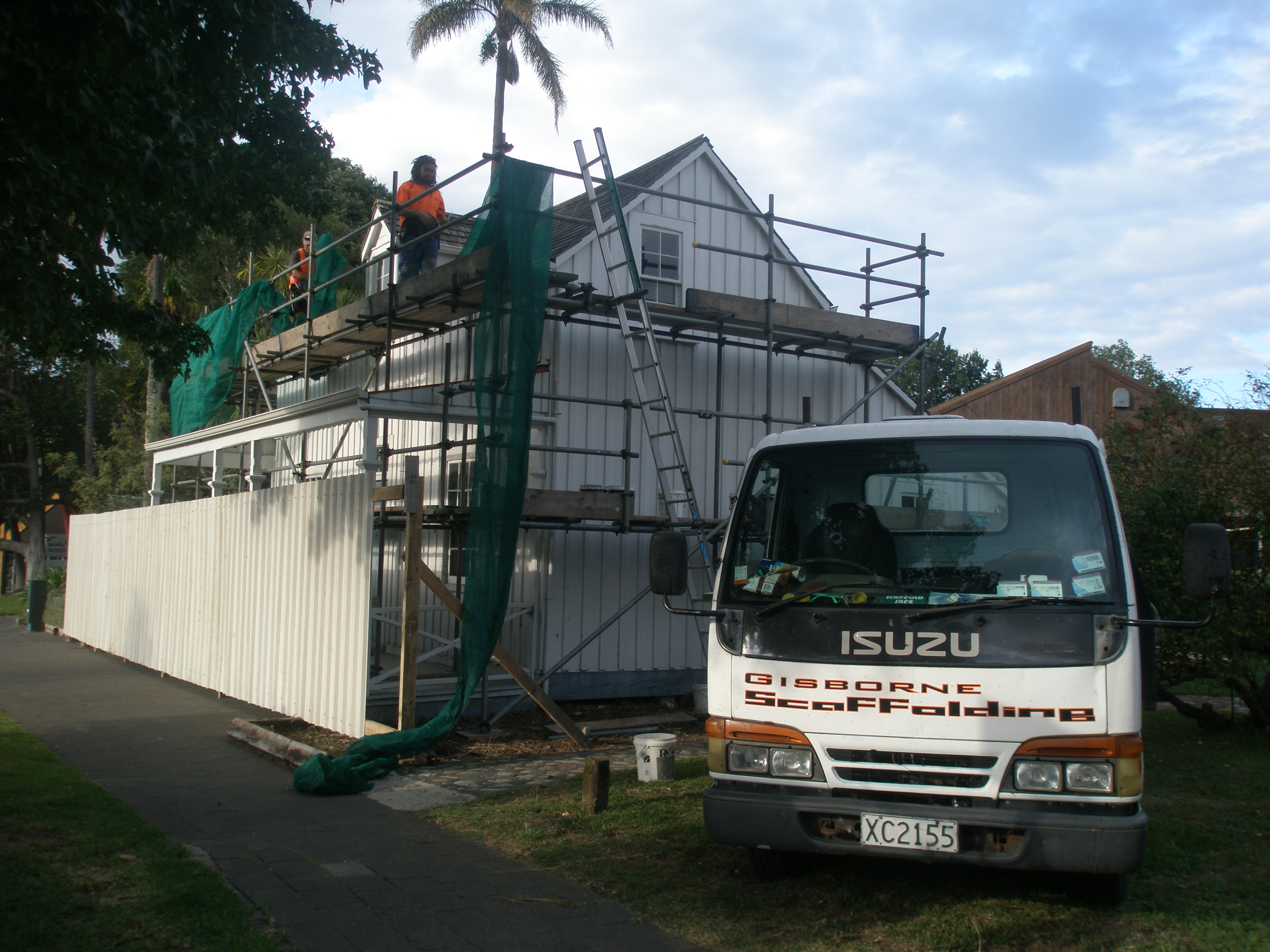