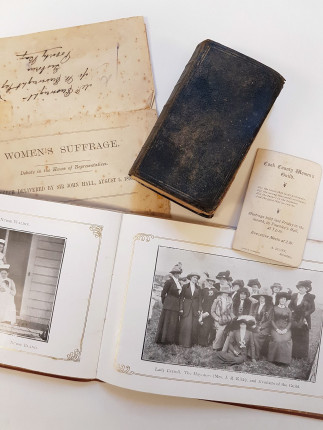 When the new Electoral Act was signed into law, New Zealand became the first self-governing country in the world to grant all women the right to vote in parliamentary elections. The passage of the Act was the culmination of years of agitation by the Women’s Christian Temperance Union (WCTU) and other organisations. As part of this campaign, a series of massive petitions were presented to Parliament; those gathered in 1893 were together signed by almost a quarter of the adult female population of New Zealand.

Come along to this free public lecture by Jean Johnston at Tairāwhiti Museum. Jean will share some of her research in to the women’s suffrage movement in the Tairāwhiti region.

The exhibition Ambitious Gisborne Women will open at the Museum on 9th November 2018, the month more than 90,000 NZ women went to the polls for the first time.