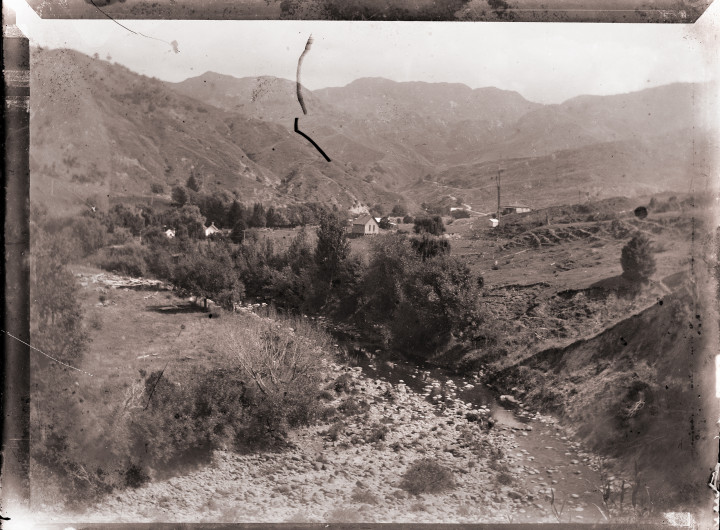 The Mahunga Collection is a collection of early twentieth century photographs donated by the Briant family. A selection of images from this collection is on display at the museum.

Most of the prints depict the establishment of the Mahunga farm station situated on the Te Wera Road near Matawai. The images transport us to the early 1900s and an insight to family and farming life in an isolated rural environment.

Most of the family can be identified, dates can be estimated, places and sites can be recognised but a lot of the occasions and particulars have been lost in the passing of time.

One landscape photograph from this collection has recently been identified. Museum staff had difficulty in establishing the location of this image. An early thought that it was in the Otoko area where the family would have travelled through often. However, the hills did not really match and the print was displayed as unknown.

A Morere resident recognised the vista immediately and informed us that it was in fact an early photograph of Morere. As soon as we were told this, we could see the road that would become State Highway 2 rising in the distance to Morere Hill and the majestic Moumoukai. 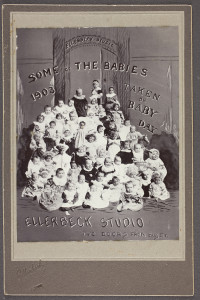