The Weight of the Captains’s Wrist: Peter Ireland History Paintings 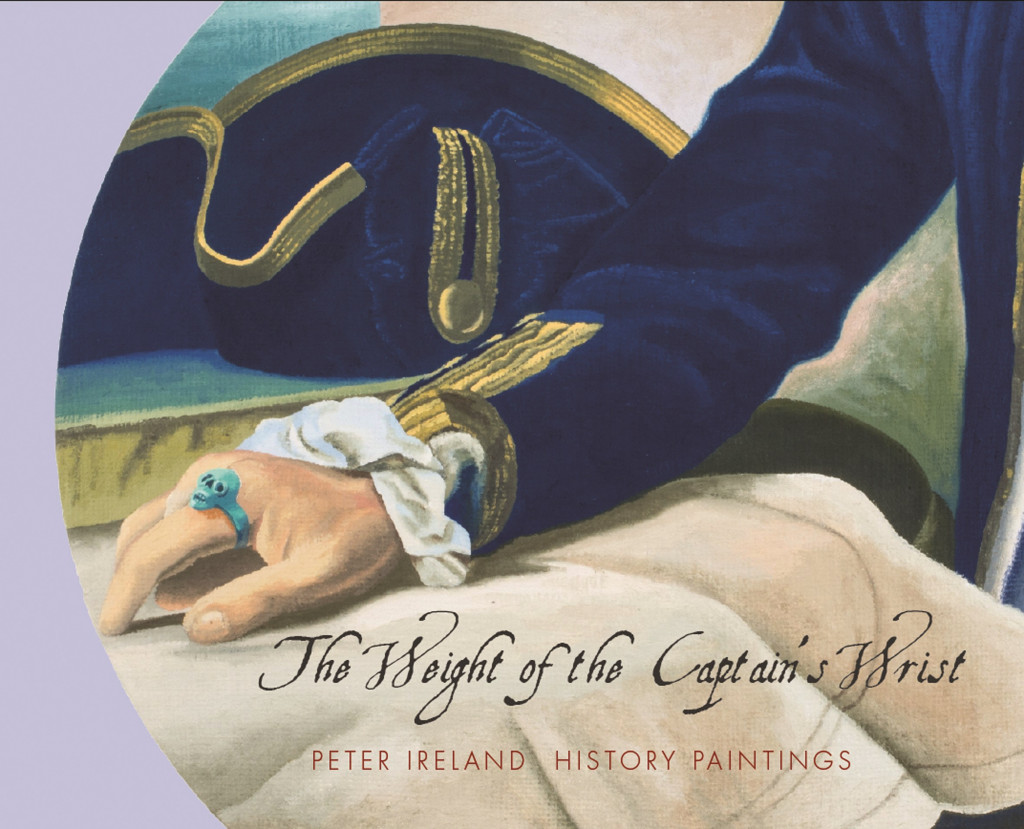 The Weight of the Captain’s Wrist Peter Ireland History Paintings

The Weight of the Captain’s Wrist: Paintings from the Cook, Waitangi Wallpaper & related series
Peter Ireland with an introduction by Jane Stafford & Mark Williams and an essay by Gerald Barnett

The first monograph of the New Zealand painter Peter Ireland – this book surveys his practice, on the theme of Captain Cook’s voyages to the Pacific. Ireland’s exquisite, detailed and enigmatic “history painting” is beautifully reproduced in this 100pp., spot varnished, offset reproduction, to reflect the oil on paper originals.
Coinciding with the 250th anniversary of the first sustained European contact with Aotearoa New Zealand, this book features 69 works from, mostly, Ireland’s ongoing James Cook series and the associated Waitangi Wallpaper series, supported by a number of related works from his Curator, Panorama and continuing Sampler series. These series represent about one-third of his total art practice. Together, the images constitute a continuing conversation between historical characters and the events in which they figured, interweaving our national history with European painting traditions.
As writer Gerald Barnett states in his essay (p.11) “There is another dimension to Ireland’s practice that intersects with but is not conditioned by the national frame. He is a religious painter and his use of symbolism draws on Catholic concepts of signification as well as Renaissance painting traditions and exemplars. It is not that motifs in his art point beyond themselves to transcendent meaning, or that representations usher the viewer into contemplative understanding.”
Peter Ireland has been painting full-time since late 1976. He has exhibited regularly and widely in both solo and group shows, he is also known as a writer and curator of photography.

Co-published with Russell Museum and  Tairāwhiti Museum, in association with Rim Books, 2019